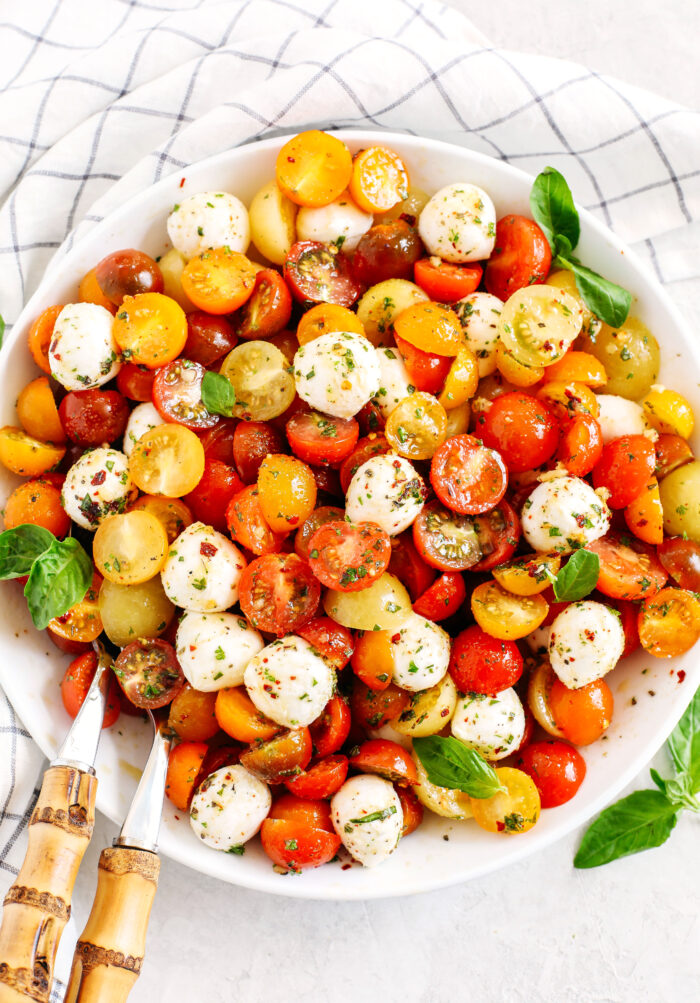 This Summer Caprese Salad is loaded with juicy tomatoes and creamy balls of mozzarella cheese all marinated in a delicious combination of olive oil, balsamic vinegar, garlic and fresh herbs! This Marinated Caprese Salad is truly one of my favorite summer staples that everyone is guaranteed to love!  Not only does it make a great […]