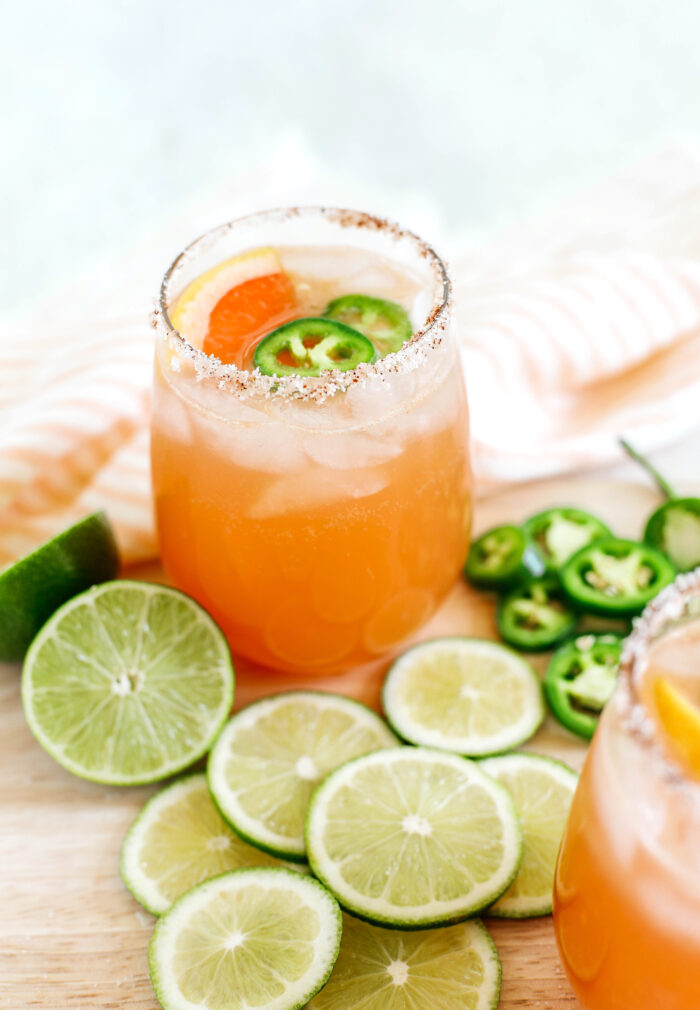 This Spicy Grapefruit Paloma is the perfect summer cocktail made with fresh limes and grapefruit, your favorite tequila, sparkling water, and my sweet and spicy jalapeño honey syrup! Summer is quickly approaching and our Mexico trip is less than a week away so I thought I’d leave you with one of Mexico’s most popular cocktails […]