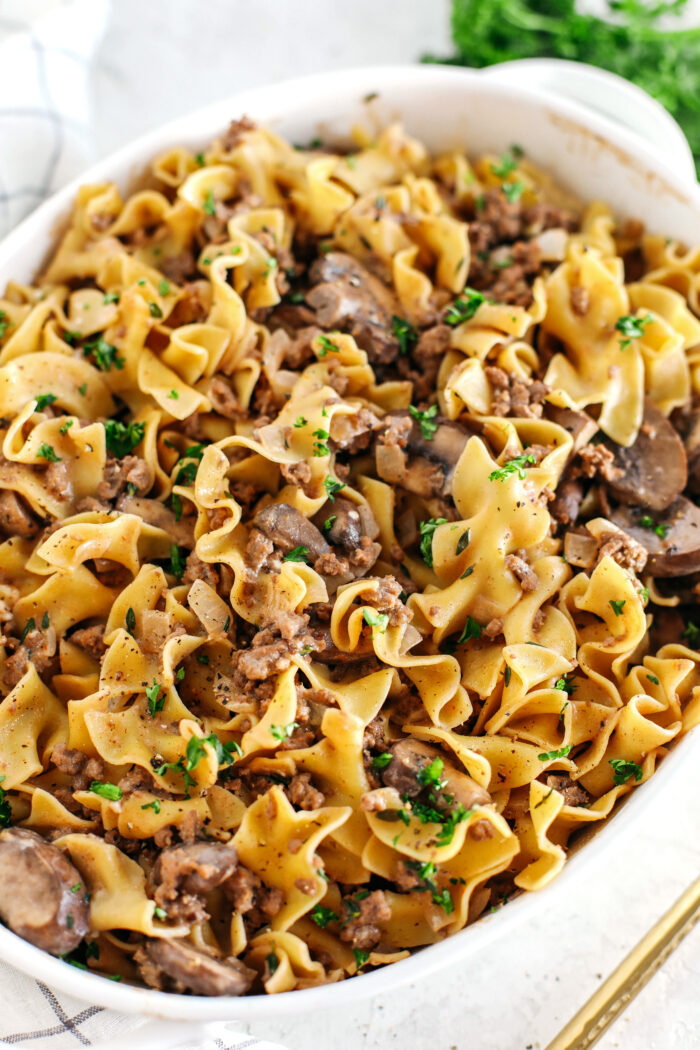 This post is sponsored by Light ‘n Fluffy® Noodles.  All comments and opinions are my own. This Easy Beef Stroganoff Casserole is the ultimate family-friendly comfort food!  The perfect weeknight meal made with egg noodles and smothered in the most delicious creamy mushroom sauce in just 30 minutes! Do you guys ever just crave those […]