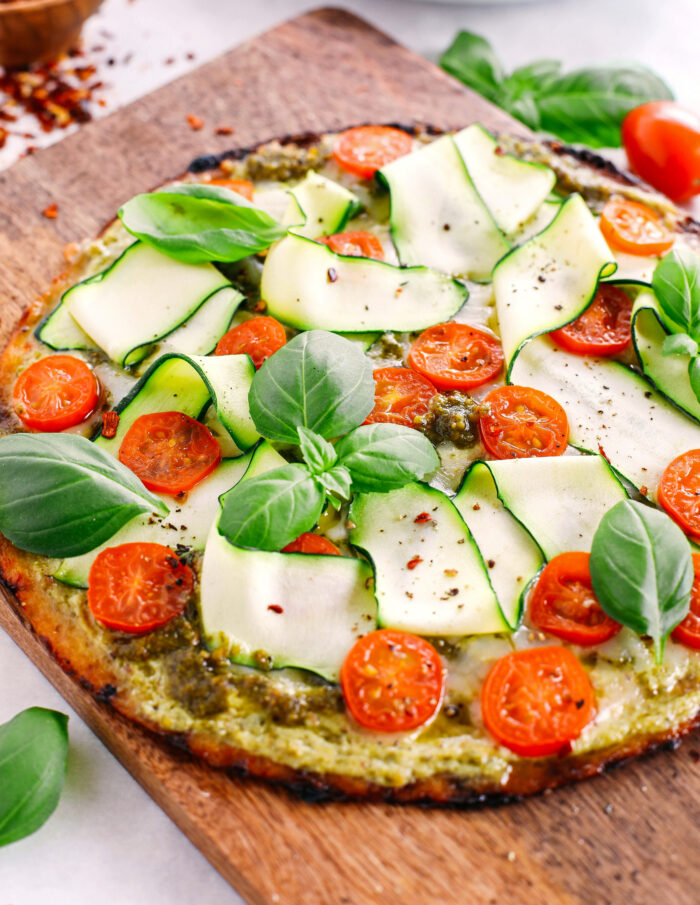 This post is kindly sponsored by BabbleBoxx.com on behalf of Cali’flour Foods. Garden Pesto Cauliflower Pizza loaded with fresh tomatoes, zucchini, homemade basil pesto and ricotta all topped on a crispy cauliflower crust for a delicious low carb meal in just 15 minutes! Anyone else dreaming of spring??  Well this garden pesto cauliflower pizza is […]