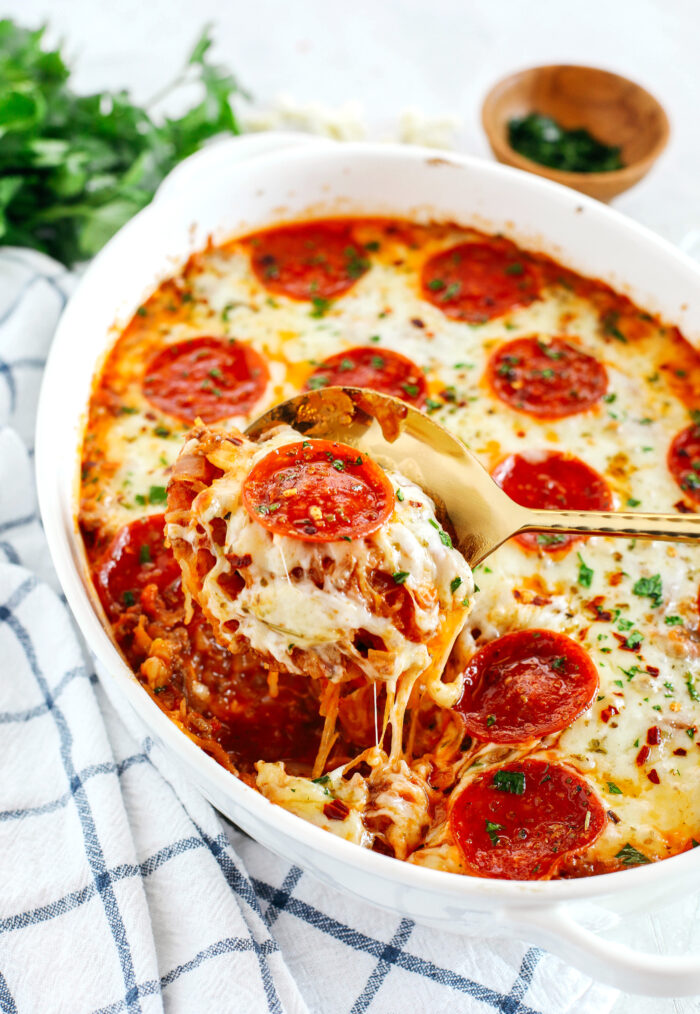 This Spaghetti Squash Pizza Casserole is the perfect low carb comfort food that is delicious, super filling and made with seasoned ground beef, melty cheese and your favorite marinara! You guys are seriously going to LOVE this spaghetti squash pizza casserole!  When eating low carb, I find that the foods people tend to crave the […]