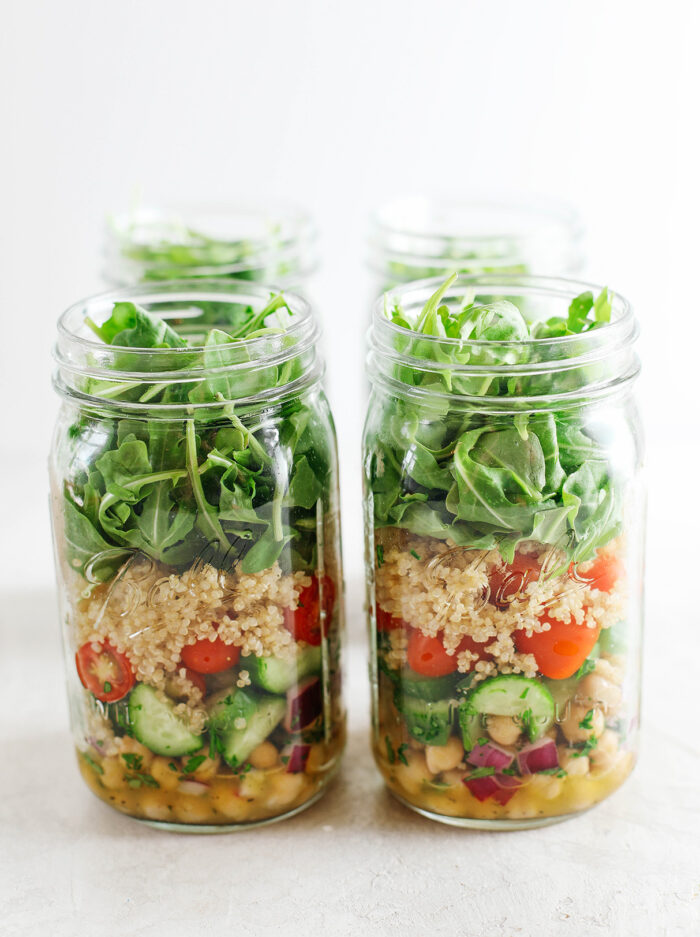 These protein-packed Mediterranean Mason Jar Salads are layered with fresh veggies, quinoa, and chickpeas with the most delicious lemon garlic dressing!  Perfect for meal prep and super easy to assemble!  Meal prep just got a whole lot easier with these Mediterranean mason jar salads!  I love making these for lunch because you can easily assemble […]