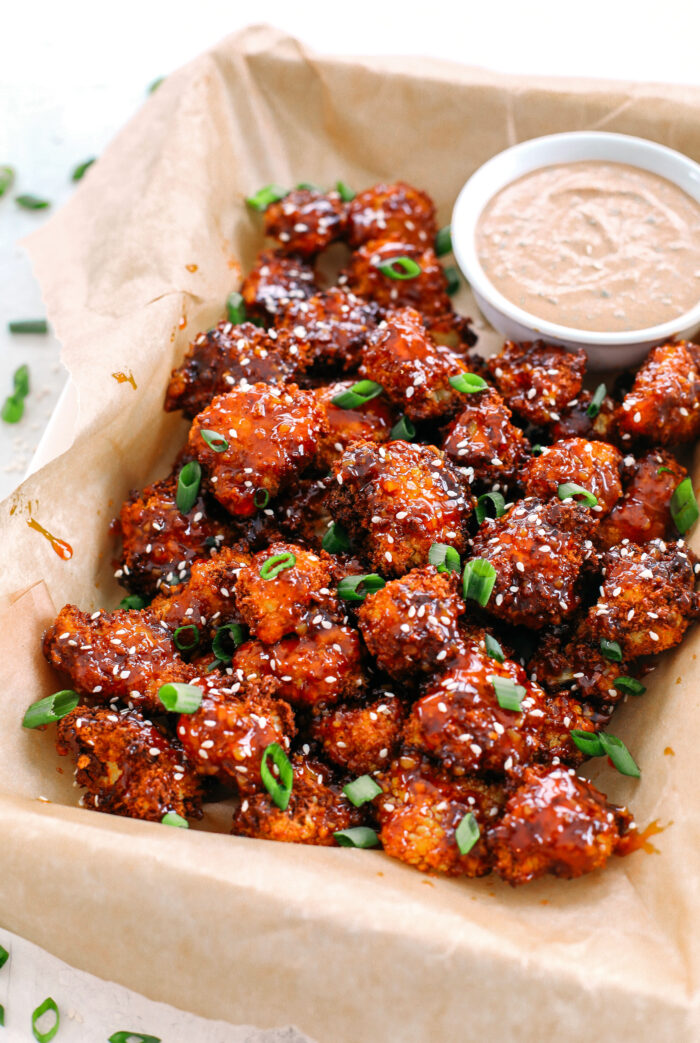 These Sticky Honey Garlic Cauliflower Wings are sweet, spicy and perfect for game day!  Easily made in the air fryer and served with the most delicious spicy ranch dipping sauce! Wings are a staple during football season and these sticky honey garlic cauliflower wings do NOT disappoint!  The perfect healthy game day snack that everyone […]