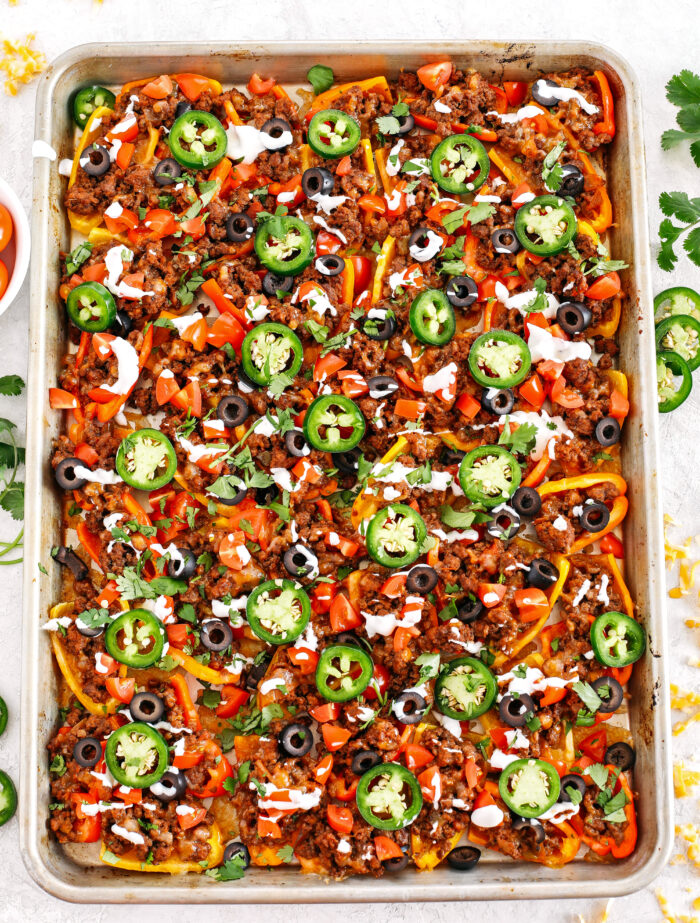 These Sheet Pan Loaded Bell Pepper Nachos are packed with all your favorite flavors and fun toppings making them the perfect low carb appetizer to enjoy on game day!   The Super Bowl is just a few days away and I wanted to share one of my favorite go-to appetizers that are a much healthier option […]