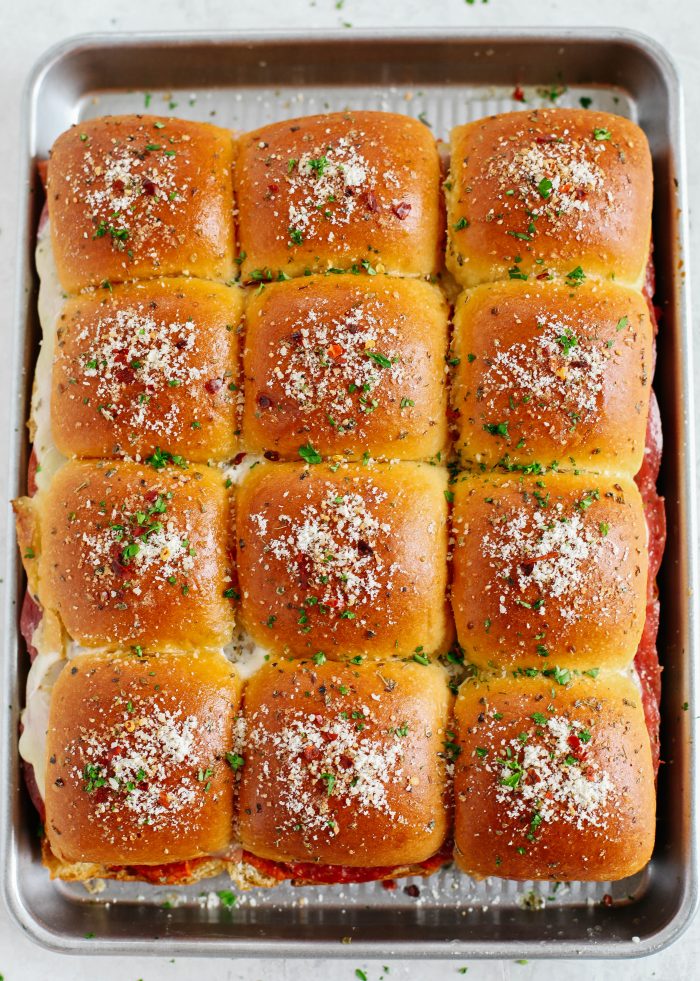 This is a sponsored post written by me on behalf of Safeway. All opinions are 100% mine. Delicious Hot Italian Sliders perfect for game day that are layered with slices of ham, salami, pepperoni and provolone with a homemade roasted red pepper spread! Sundays in our household are no joke this time of year. We […]