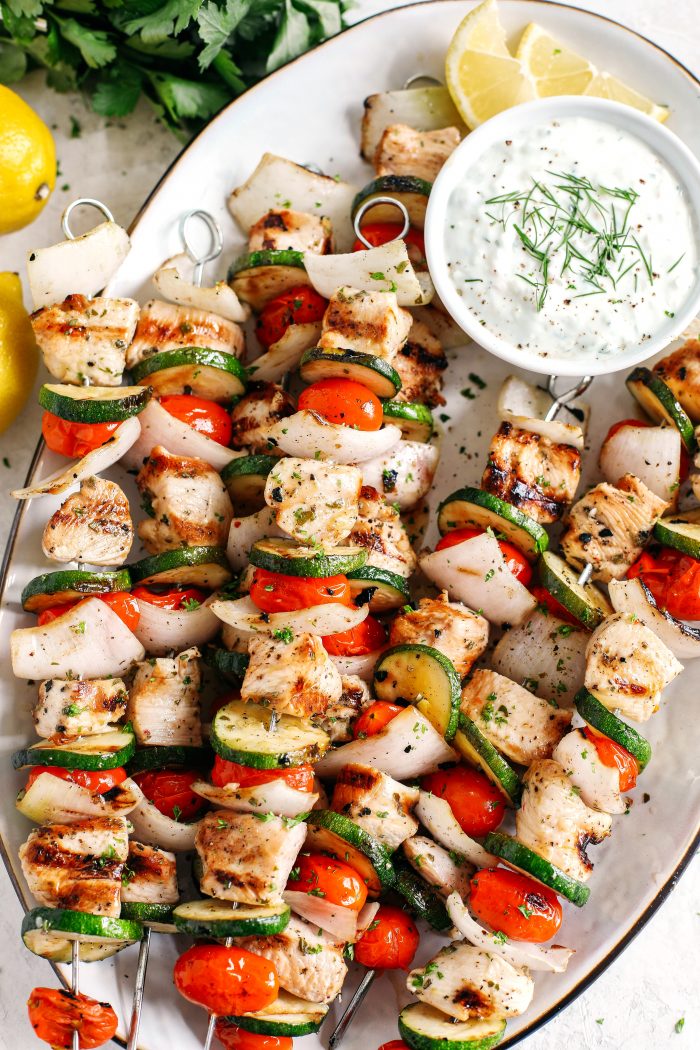 This is a sponsored post written by me on behalf of Safeway. All opinions are 100% mine. Super flavorful Greek Chicken Kabobs marinated with zesty lemon juice, garlic and fresh herbs and served with the most delicious homemade tzatziki dipping sauce! Summer is just meant for grilling and you guys these Greek chicken kabobs make […]