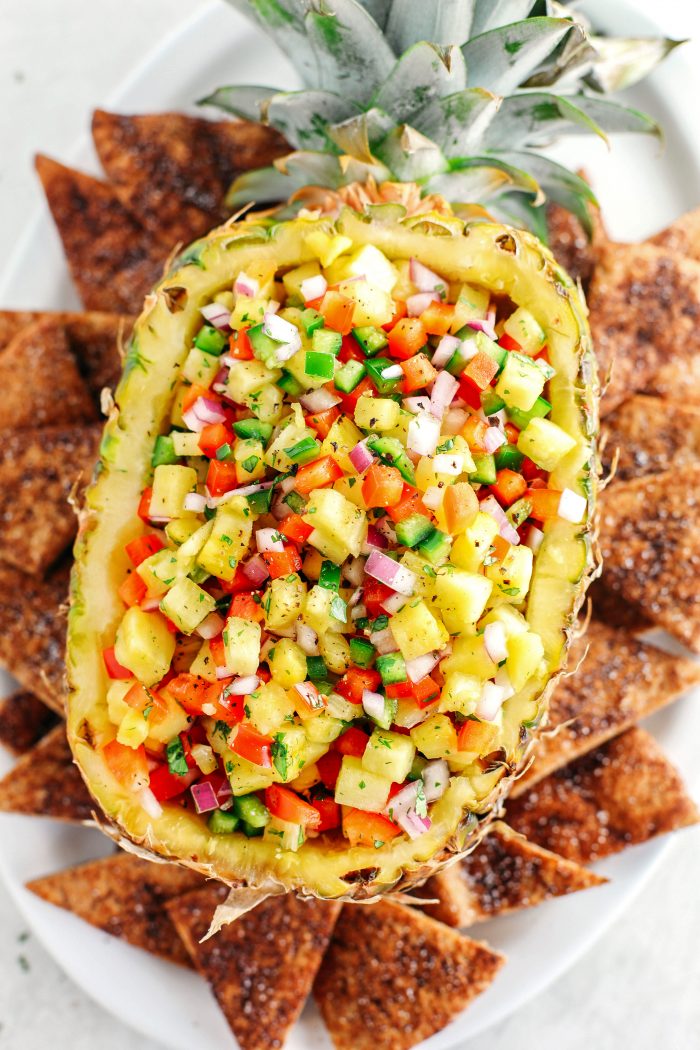 Bright and tropical pineapple salsa made with fresh ingredients and served with the BEST homemade cinnamon pita chips for the perfect summer appetizer! Note: This pineapple salsa first appeared on the blog in March 2011 and is such a favorite summer staple that I’ve updated the post with bright new photos and some delicious homemade […]