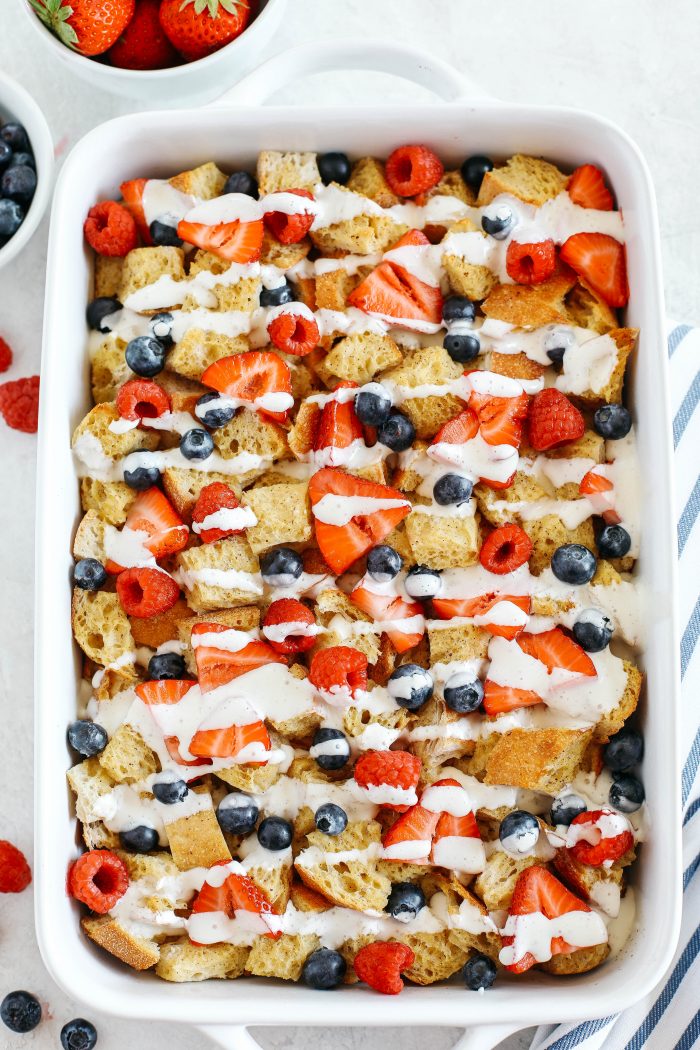 Warm and flavorful Mixed Berry French Toast Casserole with a delicious cream cheese drizzle that can easily be made the night before for the perfect morning breakfast! Oh how I love an overnight breakfast casserole!  They are just so convenient, especially during a busy holiday weekend when hosting friends and family.  The 4th of July […]