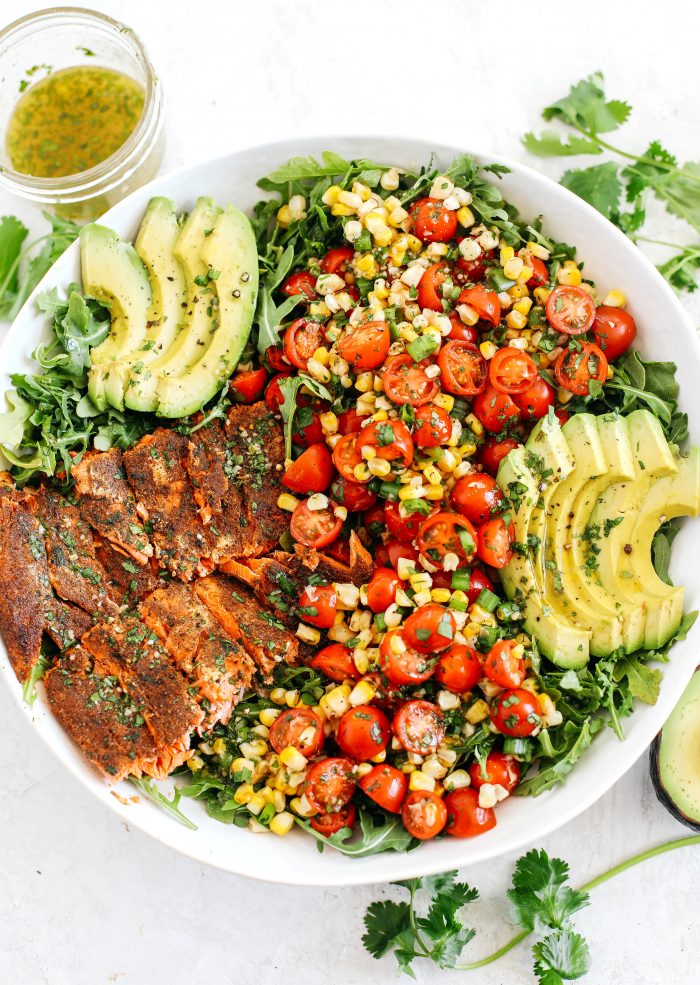 This is a sponsored post written by me on behalf of Safeway. All opinions are 100% mine. Chili-rubbed salmon with grilled corn, fresh tomatoes and sliced avocado all tossed together with a cilantro-lime dressing makes the perfect summer salad! You guys, it’s officially grilling season and there’s nothing better than dining al fresco in your […]