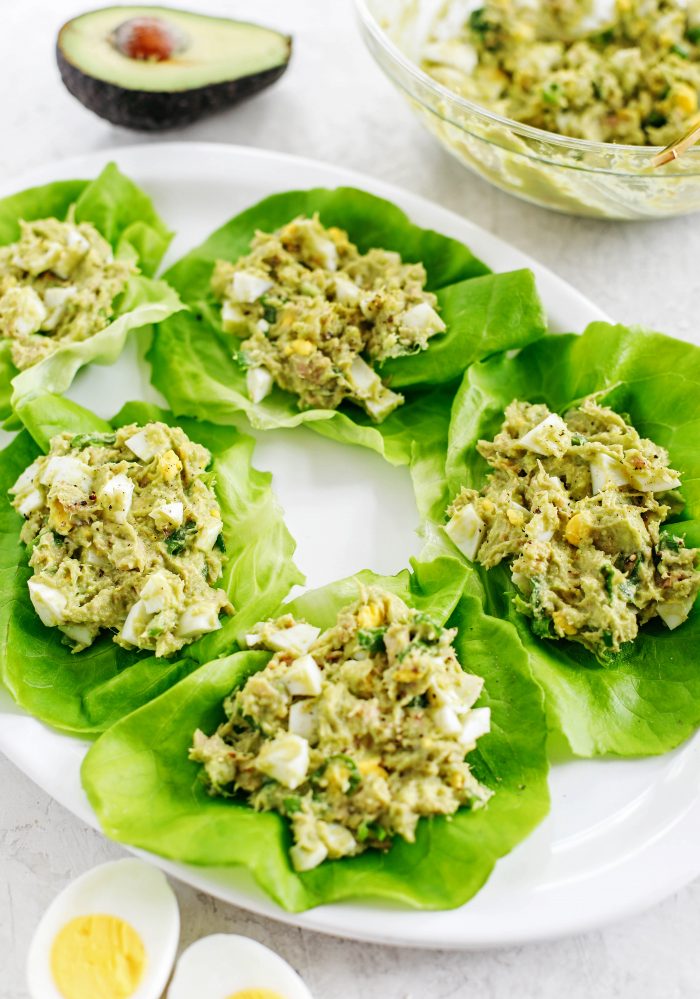 This 5-ingredient Tuna Avocado Egg Salad is fresh, delicious and only takes about 5 minutes to throw together for a healthy, protein-packed meal!  No mayo necessary! You guys it definitely doesn’t get any easier than this!  Deliciously creamy avocado all mixed together with chopped hard-boiled eggs, tuna, a little dijon mustard and a splash of […]