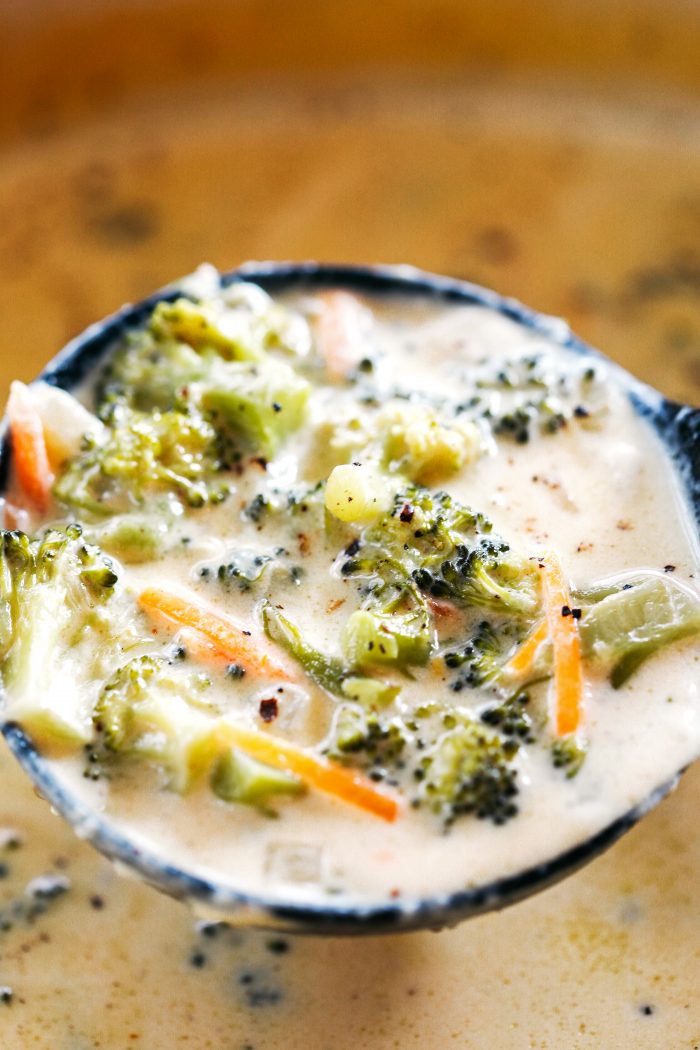 This Creamy Broccoli Cheddar Soup makes the perfect low carb comfort dish that is delicious, packed with veggies and made all in one pot in under 30 minutes! Sometimes all you need in life is a good soup and you guys, this classic broccoli cheddar soup is truly the only recipe you’ll ever need!  This […]