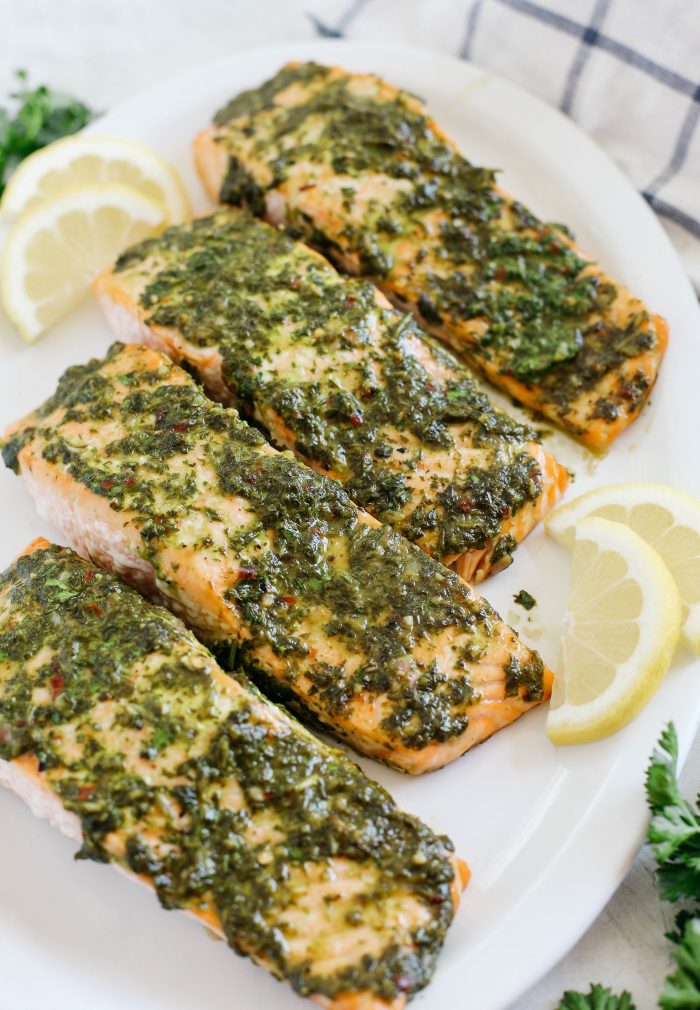 This deliciously EASY Chimichurri Baked Salmon makes the perfect weeknight dinner that’s healthy, easy to prepare, and ready in under 20 minutes! Oh how I love a good chimichurri sauce in the summertime!  This sauce is just perfect with EVERYTHING, but I especially love it spooned on top of baked salmon.  A mix of fresh […]