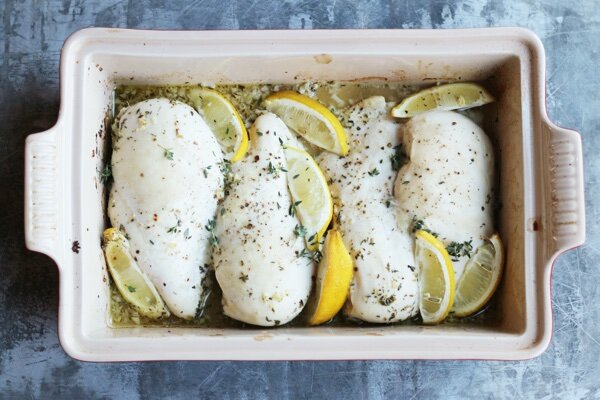 This healthy baked chicken recipe is for all the haters out there who don’t believe you can do anything with skinless chicken breast.....